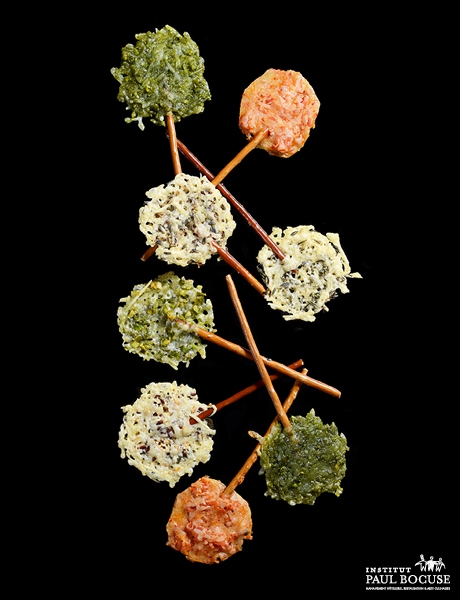 Smoke the pretzels with the rosemary. Divide the cheese into 3 equal portions. Each portion of grated cheese will have a different flavour.

On a baking tray with a silpat, arrange the 8 pretzel sticks in staggered form and add half of each cheese mixture to the end of each stick in the form of a circle. Each flavour makes 2 lollipops.

Cook for 10 minutes at 180°C. Take out of the oven and leave to cool on the tray and they are ready to eat! 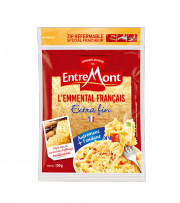 Do you have a question, suggestion, or comment to make about our products? We are always ready to listen. Please get in touch with us

If your query concerns a product, please provide its batch number in the form provided for this purpose..

Let's stick together... Follow Entremont on the social networks to share and talk... we will have a few surprises for you !