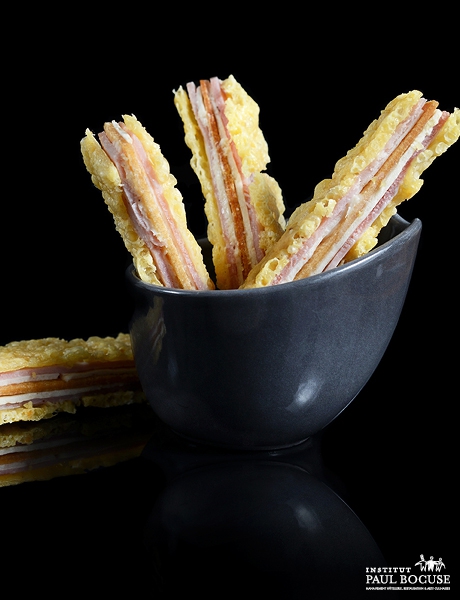 Melt the butter and flour in a saucepan stirring with a whisk. The butter should not colour. Add the cooled roux to the hot milk and whisk constantly until the desired consistency is obtained. Add the Comté cheese and agar to the sauce. Cook for 30 seconds. Pour the Mornay sauce in a gastronorm tray or a filmed mould. Leave to set in the freezer and then cut into the desired shape once set.

Do you have a question, suggestion, or comment to make about our products? We are always ready to listen. Please get in touch with us

If your query concerns a product, please provide its batch number in the form provided for this purpose..

Let's stick together... Follow Entremont on the social networks to share and talk... we will have a few surprises for you !